Colossus is a High Definition video recorder for making real-time video recordings at resolutions up to 1080i using high quality H.264.

Colossus records HDMI video from PC gaming systems in HD, plus can record HDMI directly from an Xbox 360 or from a PS3 using Component Video input. Click here to see a review of Colossus published at Total PC Gaming.

With the Colossus HDMI input port, you can record HD video at up to 1080i from any un-encrypted HDMI source!
Note: Unencrypted HDMI comes from the Xbox 360 plus most video cameras. Most cable and satellite TV set top boxes encrypt HDMI output, so you cannot record from these sources.

Audio is recorded using two channel stereo or optical audio with five channel Dolby AC3. The optical audio for AC3 is a passthrough: whatever format AC3 comes in gets recorded (and also output through the optical output connector).

The recording format is AVCHD, which can be used to burn Blu-ray compatible DVD disks. Two hours of HD recordings, recorded at 5 Mbits/sec, can be burnt onto a standard 4.7 GByte DVD-R or DVD-RW disk for playback on a Blu-ray DVD player.

Click here to see a review of Colossus published at Total PC Gaming.

One of the popular uses for the Colossus is for recording video gameplay. As said on GeekTonic:
"Now I think anyone watching me play videogames is a sure-fire way to put them to sleep – or at least laugh at my videogame performance. But I know there is a very large number of videogamers using the HD-PVR to record their video gameplay."

Record your multi-player PC game play on your PC, without slowing it down!

A cool trick with Colossus is to loop the HDMI output from your graphics card to the HDMI input on Colossus. This way, you can record your multiplayer game play from your PC onto the same PCs hard disk, all without slowing the PC down. An incredible feature which only Colossus can do! Note: for recording MPOG game play, an HDMI output is required on your video card and you might need an HDMI splitter.

Record your cable TV or satellite TV programs in HD. Create your own HD video library!

The Colossus amazing recording quality allows personal archival of your favorite TV programs. Record your TV programs in HD, then burn them onto a standard DVD disk (up to two hours) in a high definition AVCHD format.

Colossus connects to any component video equipped HD set top box. Colossus also has standard definition composite input so you can record your old home video tapes and then burn onto a DVD disk.( S-Video input available with optional cable.)

You can also use Colossus to turn your old VCR tapes into Blu-ray disks. Record your video tapes using Colossus and then burn Blu-ray formatted DVD disks on your PC.

Note: when playing back video recordings made with the Colossus, a fast CPU and at least 256MB of graphics memory are needed.

Note: video input on Component and HDMI sources is limited to 1080i

HDPVRCapture: for Colossus
Click here for the latest version 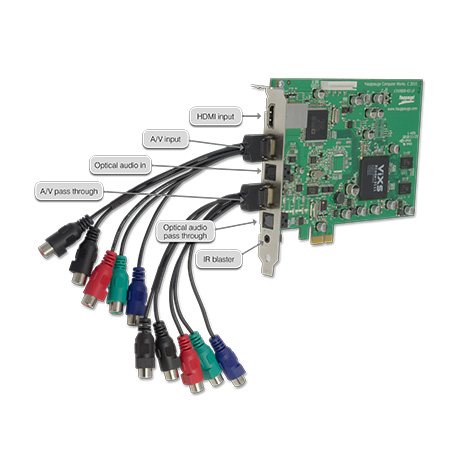 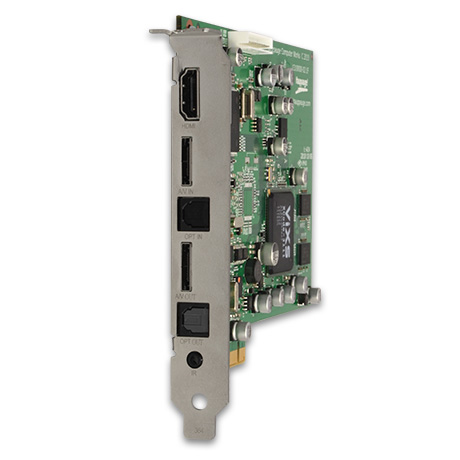