PPA makes it easy to install Hauppauge TV tuners with Ubuntu. PPA's are the only way to ensure you get the latest fully updated Hauppauge drivers, no matter which Ubuntu you are running. Hauppauge's engineering team developed and maintains the PPA for our TV tuners.

For other versions of Linux, you can install the Hauppauge drivers directly.
See this page for instructions.

Open Terminal in Ubuntu The easiest way to open terminal is to right click on desktop and select Open Terminal. You can also click Ctrl+Alt+T on your keyboard.

First, determine the version of Ubuntu you are running
To do this, run this command:

If a line is displayed beginning with "ii", then you are running the HWE version of Ubuntu. You will need to know if you are running HWE this in a moment when you install the mediatree.

After this first line, click enter when prompted to add this PPA.

If you are running an HWE version of Ubuntu, use this command:

If you are NOT running HWE, use this command:

Note: at this point, you also need to install TV firmware if you are using one of the following TV tuners:

Close Terminal and restart your computer.

You can now connect your Hauppauge WinTV TV tuner to your computer and it should be available for use by your Linux TV watching application.

This support is for Plex running under Ubuntu

nVidia Shield and Plex with the Hauppauge WinTV-dualHD

You can use the Hauppauge WinTV-dualHD (North America, Europe, Australia and New Zealand) on the nVidia Shield for live TV in Plex. You will need the latest version of nVidia Shield firmware (5.2 or later).

Here are some instructions from the nVidia blog

Here are some ideas on cord cutting from the nVidia blog.

Hauppauge has created a PPA to simplify adding TV tuner drivers into Linux. Using the Hauppauge PPA will allow easier installation of Plex with Hauppauge TV tuners. The current Hauppauge PPA has support for the following tuners:

nVidia Shield and Plex with the Hauppauge WinTV-dualHD

You can use the Hauppauge WinTV-dualHD on the nVidia Shield for live TV in Plex. You will need the latest version of nVidia Shield firmware (5.2 or later).

Here are some instructions from the nVidia blog

Here are some ideas on cord cutting from the nVidia blog.

If you have any questions, you can contact Hauppauge support at: techsupport@hauppauge.com

Hauppauge technical support has been testing with the Raspberry Pi 3 and 4, which work "out of the box" with Raspbian OS 4.19 or later with these Hauppauge TV tuners: WinTV-dualHD (North America and Europe), WinTV-HVR-955Q, 461e/WinTV-Nova-S2.

The WinTV-dualHD drivers come with the latest Raspbian OS, so all you need to do is plug your WinTV-dualHD into your RPi 3 or 4, install a TV application like Kaffeine, connect an antenna and scan for channels.

Firmware is needed for some Hauppauge TV tuners

Some Hauppauge TV tuners need additional firmware to be install on your Raspberry Pi. Here are the command lines to add Hauppauge firmware for those tuners which need it. You can load the firmware at any time, but it needs to be installed before you use the TV tuner.

Firmware install instructions for the 461e (revision B7H9/B8H9) or WinTV-Nova-S2:

Firmware install instructions for the 461e (revision B6H9 or earlier):

Firmware install instructions for the WinTV-HVR-1950

Satellite TV for your Raspberry Pi

Use the PCTV 461e (new and old models) Satellite TV receiver with your Raspberry Pi. Here is a video on how to install the drivers and how to use the 461e with Kaffeine to watch satellite TV.

The current version of OpenELEC 6.0.1 Kernel also has support out of the box for the WinTV-dualHD (both North America and European versions) plus the WinTV-HVR-955Q. All Hauppauge drivers and firmware are included as part of the OpenElec distribution, so you don't need to add the firmwer. Just plug your Hauppauge TV tuner into a USB port and fire up OpenElec.

OpenElec also includes Kodi, which you can use as your TV viewer.

OpenELEC can be downloaded from http://openelec.tv/get-openelec

Please check the OpenELEC community on how to install and run an operating system on the Raspberry Pi.

All you need to do is connect the HVR-955Q to a USB port on the Raspberry Pi.

The firmware is already included nothing else needs to be done to get the HVR-955Q detected.

Running the HD PVR 2 under Ubuntu

We have tested with Live Channels version 1.14.012

Supported Hauppauge TV tuners include the WinTV-HVR-955Q and the WinTV-dualHD for North America. At this time, there are no DVB TV tuners supported in Live Channels.

Here is an installation video for Live Channels

Linux support for Colossus 2 is through a user mode application. You can get the application from the link below.

Ubuntu installation instructions for the Colossus 2 and HD PVR 2

MythTV and the Colossus 2

Pal from Snap.TV has forked the MythTV Colossus 2 support and has added support for analog PAL composite video. 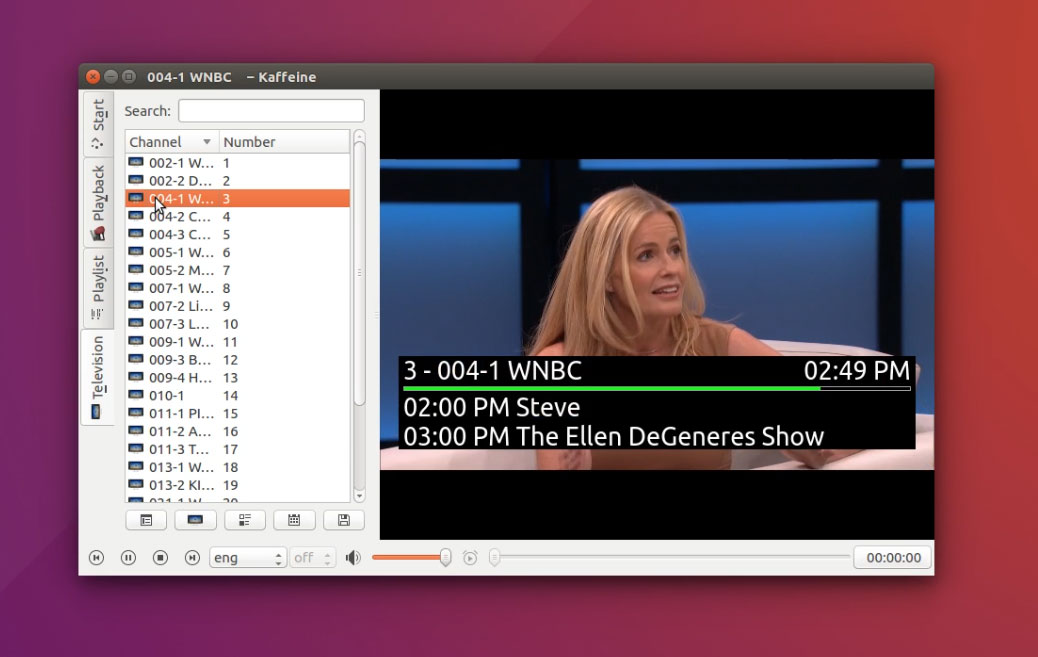